Are you ready? What’s that? No, not really? Well, football waits for no man, woman, child, or other. It’s time for La Liga. TWO.

That’s right, it’s two times the fun, and from an Espanyol point of view, hopefully at least two times the points. After the sheer and utter miserable slog of a season that passed for the 19/20 campaign, which saw los pericos flatten the curve of points gained with ten games to go, it would be fair to say that things can only realistically get better. 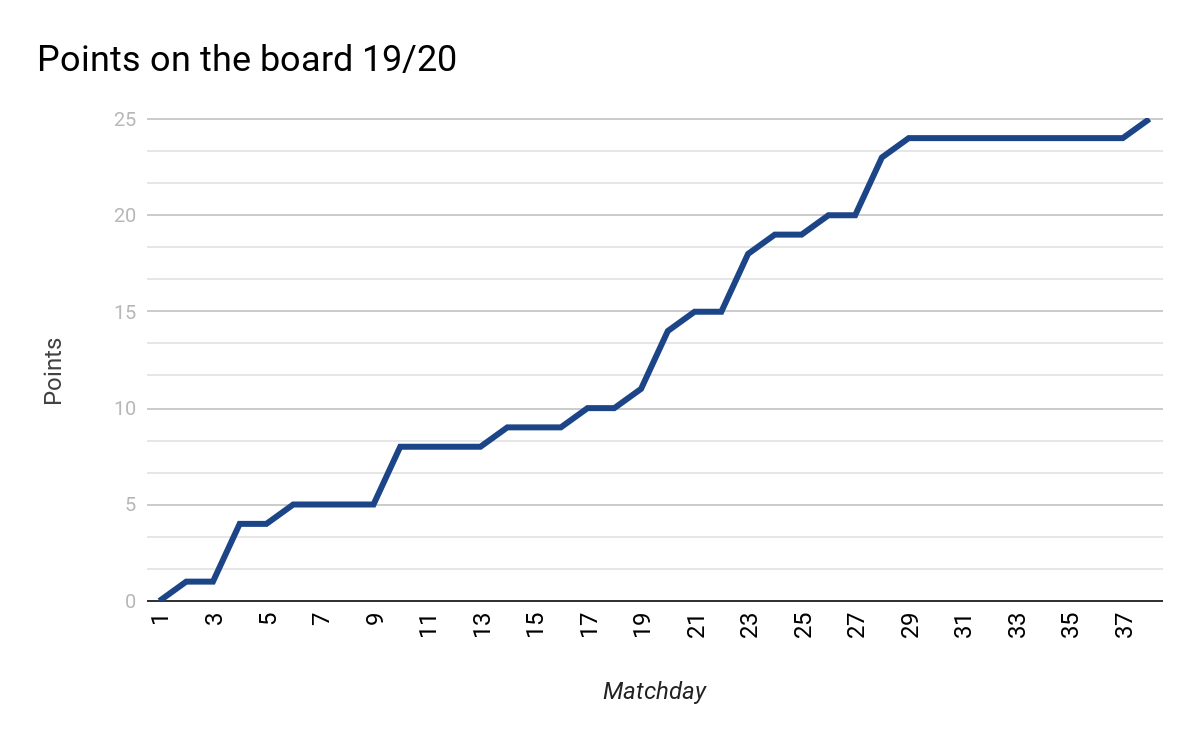 When the going got tough, Espanyol got relegated. 25 points from 38 matches tends to do that to you.

Looking on the bright side, glaring sporting shortcomings have been somewhat overshadowed by a disaster of a different nature in recent months, and an opportunity presents itself for Espanyol to tiptoe back towards the big table while almost literally nobody is looking.

Nature has been allowed to run its course, meaning the dressing room has been cleansed of luminaries such as Iturraspe, Naldo, Ferreyra, Bernardo, Corchia, and Calleri, who all came to the end of their respective contracts or loan deals and were sent packing on the first bus home, to think about what they had done.

Meanwhile, the club stalwarts, loyal servants, comedy double act, or (insert other cliche here) known as Javi López and Víctor Sánchez were handed a bulging bag of swag each (complete with conspicuous dollar sign) and begged to go away and find someone else to play with. Nominally club captains, the pair spent the past year lurching from impressions of square peg in round hole, to nano-peg in mega-hole, and back again.

Of the two, Javi can at least leave with his head held reasonably high, and look back on ten years and 281 games with the club with a degree of pride. Meanwhile, Víctor decided to go down swinging, using his last press conference to imply that sections of the fanbase had failed to support the team adequately through last season’s travails. It doesn’t really matter if he had a point or not – those who are paid thousands each week to effectively take a dump on the modest dreams of others are probably best advised to hold their peace in such circumstances. Hasta nunca, Víctor.

These two both tried to plug the increasingly gaping hole at right-back last season, to no avail. The others to try their hand on this hiding to nothing were Pipa (sold to Huddersfield), and Víctor Gómez (loaned to Mirandés). Not taking any chances then, and hopefully the left-wingers of La Liga 2 won’t have the freedom of Cornellà to the same extent their counterparts did last year.

The key addition is undoubtedly the new manager: Vicente Moreno jumps from one sinking ship (in the shape of Mallorca) to another, slightly bigger one, and has signed a three-year contract. Of course, he will be hoping that Chen has found a suitable ointment for his rather itchy trigger finger, after the owner hired and fired three head coaches last year.

The main advantage that the new man will have compared to his immediate predecessors in the lower calibre of opposition. We don’t want to tempt fate, but it is almost mathematically impossible for Espanyol to fail to get promoted this season. The value of the squad makes up over a quarter of the total for the whole leage of 22 teams, according to data from Transfermarkt: 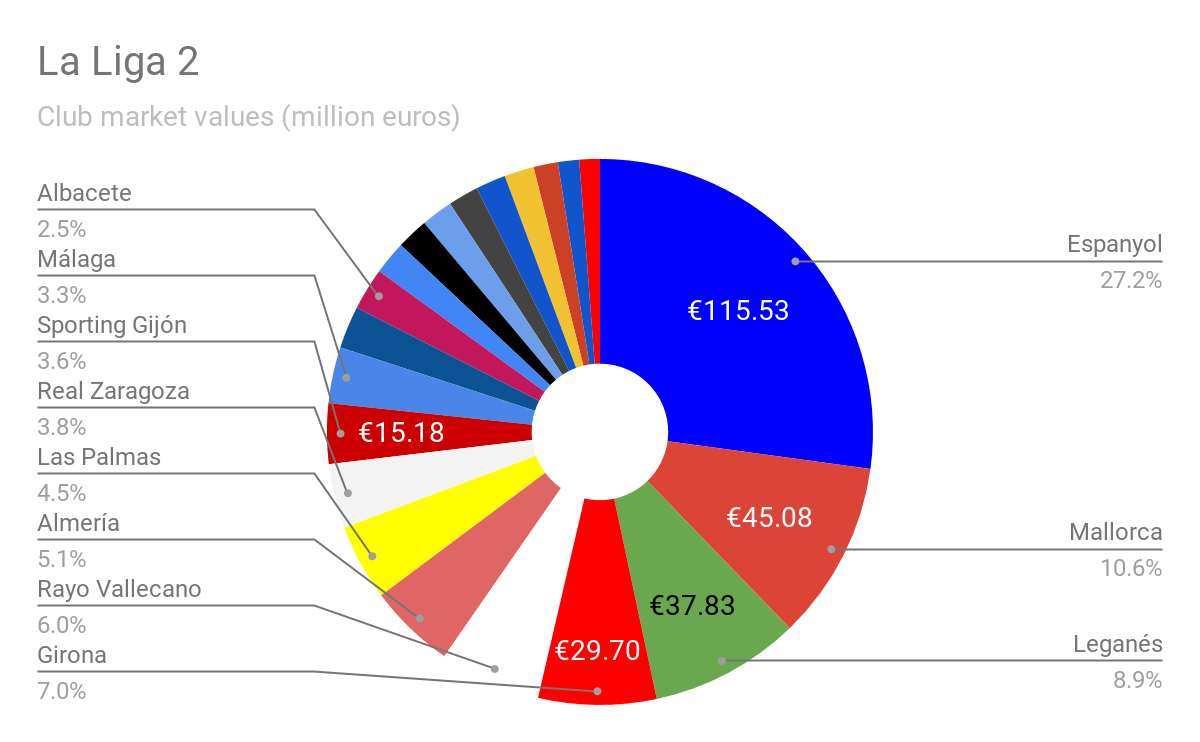 Of course, the transfer window doesn’t creak shut for another three weeks, meaning that the agents of Messrs de Tomás, Roca, Darder, and Cabrera have got plenty time to try and line their pockets. Whatever happens between now and October 2nd though, Espanyol have got more than enough to seal automatic promotion. That should do it, no pressure lads…

Fran Mérida joins from Osasuna on a free transfer, and pre-season indicates he will play a key role in centre midfield, assuming Darder and Roca find a new home. Two shiny new right-backs step into the breach: Óscar Gil (500k from Elche), and Miguelón (Big Mikey, on loan from Villarreal). Good luck to all of them.

Your blue and white army: